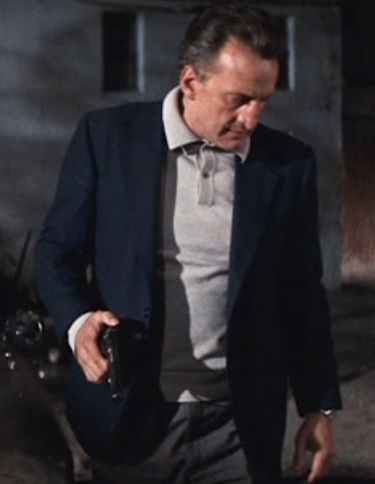 The Last Run is a relatively obscure crime flick from the early ’70s that starred George C. Scott, fresh off of his Oscar-winning turn in Patton, as a retired Bogart-esque criminal living the easy expatriate life in Europe à la Hemingway when he is called back for the proverbial “one last job”. Of course, anyone who’s ever seen any movie ever knows that “one last job” is never quite as easy as it sounds, and our aging protagonist finds himself facing more than he bargained for when driving escaped killer Paul Rickard (Tony Musante) and his girlfriend Claudie Scherrer (Trish Van Devere) across Portugal and Spain into France. END_OF_DOCUMENT_TOKEN_TO_BE_REPLACED

Car Week continues today with a recommendation from Craig, a great BAMF Style commenter who also was kind enough to send a DVD copy my way this year!

The Last Run finds George C. Scott, freshly awarded for his Oscar-winning performance as General George S. Patton, playing an aging ex-mob driver living in seclusion in Portugal. He is tapped for “one last job” – as so many retired movie criminals are – to drive a fugitive and his young girlfriend into France. What follows is an underrated action piece that was accurately tagged “In the spirit of Hemingway and Bogart”. END_OF_DOCUMENT_TOKEN_TO_BE_REPLACED