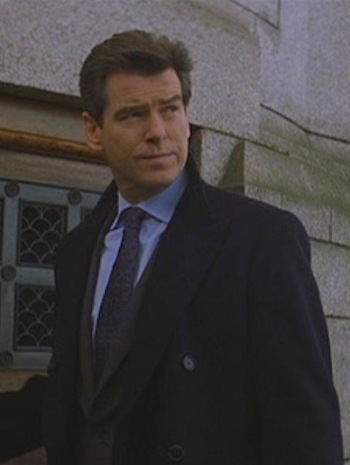 Pierce Brosnan as James Bond in Die Another Day (2002)

I received a request for this outfit from Die Another Day which, for all of its shortcomings as a James Bond adventure, featured Pierce Brosnan’s 007 in elegant tailored clothing that is always worthy of discussion. Given the extreme chill in the air for the 00-7th of January today, it felt appropriate to explore his luxurious and layered businesswear upon arriving in London and reconnecting with his MI6 allies at the agency’s secret satellite station in an abandoned Underground tube station at Vauxhall Cross. END_OF_DOCUMENT_TOKEN_TO_BE_REPLACED 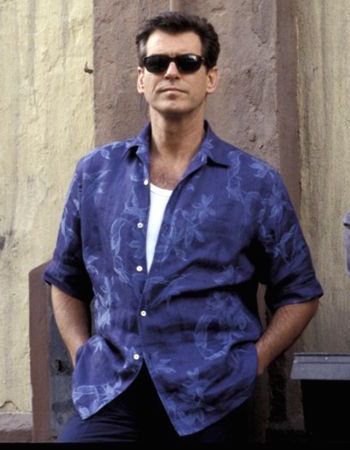 Pierce Brosnan as James Bond in Die Another Day (2002)

For this 00-7th of June, BAMF Style is honoring a request from Troy Swezey to analyze how the world’s least secret secret agent dresses casually for a warm afternoon under the Cuban sun.

After his release from North Korean captivity and subsequent escape from British medical captivity, James Bond follows a lead to Havana to get some answers. While there, he meets fellow badass Giacinta “Jinx” Johnson (Halle Berry), an American NSA agent who is able to meets him toe-to-toe when it comes to trading liquor shots, gunshots, or innuendo-laced wit. END_OF_DOCUMENT_TOKEN_TO_BE_REPLACED