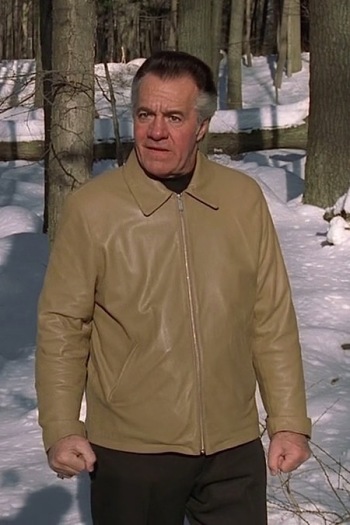 Tony Sirico as “Paulie Walnuts” Gualtieri in “Pine Barrens”, the eleventh episode of the third season of The Sopranos.

This year marks the 20th anniversary since The Sopranos made its debut on HBO, and the milestone has encouraged many to revisit the series, sharing their takes on their favorite episodes, characters, and moments. One episode that receives nearly unanimous praise is “Pine Barrens”, the famous third season episode that finds Jersey Mafia soldiers “Paulie Walnuts” Gualtieri (Tony Sirico) and his ostensible protégé Christopher Moltisanti (Michael Imperioli) stumbling through the snowy woods of south Jersey after a simple money pickup turns into a hit-gone-awry.