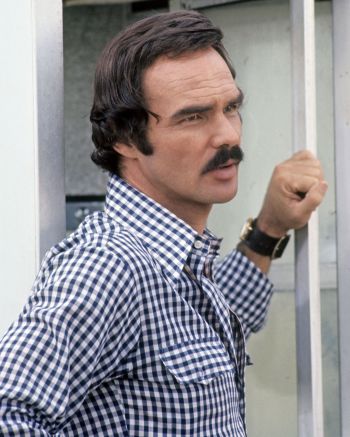 September 6 marks the sad one-year anniversary since Burt Reynolds’ death. One of the star’s most famous roles was that of “Gator” McKlusky, the “good ol’ boy” moonshiner introduced in White Lightning (1973) who was revisited, this time with Burt’s iconic mustache, in the Reynolds-directed Gator (1976). END_OF_DOCUMENT_TOKEN_TO_BE_REPLACED 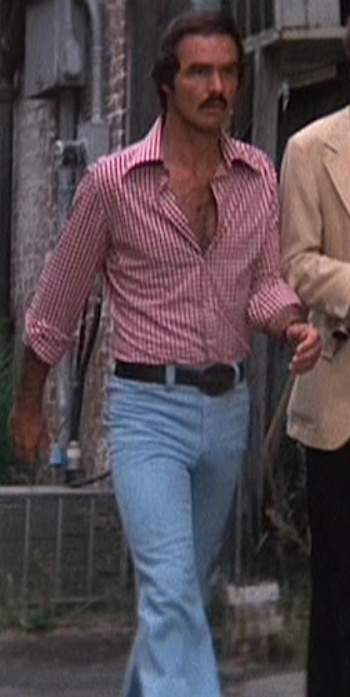 To celebrate yesterday being the Fourth of July here in the United States, BAMF Style is breaking down a red, white, and blue look from that most American movie star… Burt Reynolds.

Sterling Archer and I disagree on which of Burt Reynolds’ two cinematic outings as Gator McKlusky is superior… or at least “less bad”. I prefer the darker White Lightning that cast a grittier line on Arkansas moonshiners, while Archer claims that the Reynolds-directed sequel Gator is the stronger choice. While I could make the argument that White Lightning has an 83% rating on Rotten Tomatoes while Gator currently enjoys a 0%, it’s also worth pointing out that Archer falsely attributes many scenes from White Lightning to Gator. (It’s also likely that Archer just appreciates Gator more because Burt had grown his now-iconic mustache for the role; his upper lip had been tragically bare in White Lightning.) END_OF_DOCUMENT_TOKEN_TO_BE_REPLACED 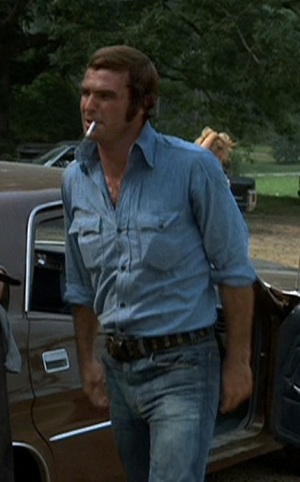 This was the first of the “hick flicks”, a series of films that became popular in the ’70s. The story was usually the same, an anti-hero would use his muscle car to face off against a corrupt, and usually fat, Southern lawman with illegal booze as the story’s MacGuffin. Burt Reynolds himself would be associated with this subgenre, with his appearance in White Lightning, the more lighthearted sequel Gator, and the wildly popular Smokey and the Bandit. This first, 1973’s White Lightning, is the most gritty of the trio. END_OF_DOCUMENT_TOKEN_TO_BE_REPLACED