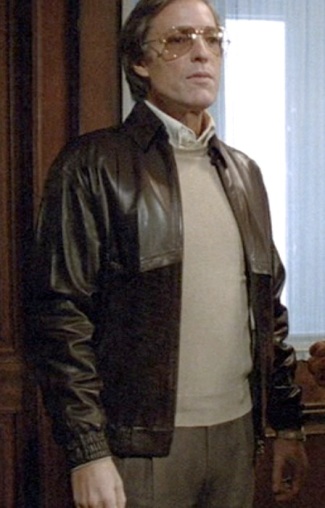 Richard Chamberlain as Jason Bourne in the 1988 TV mini-series, The Bourne Identity.

As fall turns into weather here in the northern hemisphere, many men are pulling their heavy wool overcoats and dark sweaters out of storage, emulating a look that certainly worked for Matt Damon in The Bourne Identity, The Bourne Supremacy, and The Bourne Ultimatum. Fourteen years prior to Damon taking on the Bourne role, Richard Chamberlain had played the spy in a two-part TV miniseries.

Also titled The Bourne Identity, this miniseries plays much closer to the original source material, Robert Ludlum’s 1975 novel, as the confused amnesiac Bourne follows bread crumbs to discover his past life as a decoy assassin trailing the international terrorist Carlos. Part of his investigation leads him to a Parisian boutique, where he poses as gregarious American buyer “Charlie Briggs”. END_OF_DOCUMENT_TOKEN_TO_BE_REPLACED 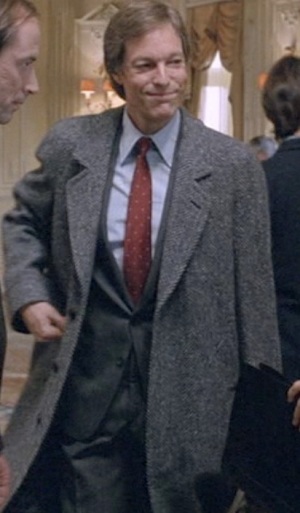 That’s right. In 1988, Robert Ludlum’s wildly popular spy novel The Bourne Identity (I hope that you at least knew it was a book first) was adapted into a two-part mini-series that was much more faithful to the book’s plot.

While the 2002 version with Mr. Damon is often considered to be superior, the 1988 adaptation certainly held its own in terms of acting, action, and suspense. END_OF_DOCUMENT_TOKEN_TO_BE_REPLACED