For my birthday today (July 21, same as Ernest Hemingway and Robin Williams), I hope you’ll excuse an indulgent post as I explore the suits that grabbed my attention from a young age and stirred my early interest in men’s style. Though, given the dapper white jacket that Sean Connery wore on the cover of GQ the month I was born, I should have known what direction my life would eventually take!

While not necessarily the greatest suits to every appear in the movies, these five each contributed to my interest in menswear that led to the eventual creation of BAMF Style a decade later. Interestingly, all of the featured outfits are from period films, highlighting fashion of an earlier era (the 1930s, in more cases than not) and accentuated by a musical soundtrack designed to emphasize the character and the moment.

END_OF_DOCUMENT_TOKEN_TO_BE_REPLACED

Nicholas Clay as Patrick Redfern in Evil Under the Sun (1982).

1982’s Evil Under the Sun is a lavish adaptation of Agatha Christie’s 1941 novel, jumping on the popularity of its successful predecessors Murder on the Orient Express and Death on the Nile by stacking together a star-studded cast, dressing them up in expensive period costumes, and dropping them into a murder mystery in an exotic locale. END_OF_DOCUMENT_TOKEN_TO_BE_REPLACED

With Labor Day coming up, this is your last chance to toss in any summer vacations that may be in the works. Make sure you travel in style. 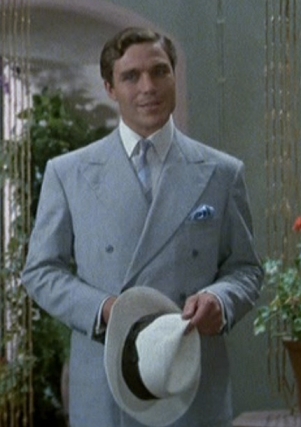 Nicholas Clay as Patrick Redfern in Evil Under the Sun.

James Mason as Odell Gardner in Evil Under the Sun.

72 years old when the film was made, James Mason was just as effortlessly sophisticated as ever in the 1982 mystery Evil Under the Sun, based on the novel by the same name by Agatha Christie. Mason steals the show as Odell Gardner, a Broadway producer with a sling of recent flops and wit sharp enough to match anyone but his wife, played by Sylvia Miles. END_OF_DOCUMENT_TOKEN_TO_BE_REPLACED