Today’s #MafiaMonday post explores a much requested outfit – indeed, I’ve received at least three separate asks for it in the last 12 months alone – from The Godfather, Part II, often considered one of the greatest films of all time. In a mostly Italian-speaking performance that won him the Academy Award for Best Supporting Actor, Robert De Niro reprised the role of Vito Corleone that had been originated by Marlon Brando in The Godfather two years earlier.

END_OF_DOCUMENT_TOKEN_TO_BE_REPLACED

For the final entry of BAMF Style’s Week of Weddings, we’re examining one of the cinema’s most iconic characters. 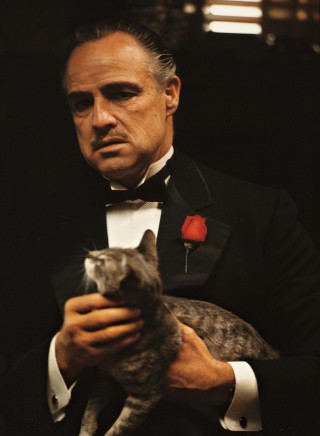 Marlon Brando as Vito Corleone in The Godfather (1972).

I really hope you saw this one coming.

You’ve come across the scene a million times, whether actually watching it, seeing photos, or hearing your friends quote it. And indeed it is one of the most quotable sequences in film history.

I’m gonna make him an offer he won’t refuse.