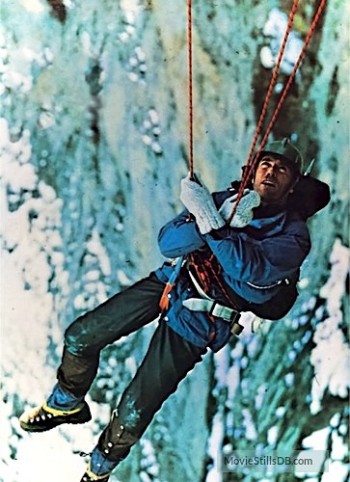 December 11 is International Mountain Day, an observance established by the United Nations in 2003 to encourage sustainable development of mountains and recognize the importance of protecting the resources they provide and the populations that depend on them.

One of the most famous movies about mountain climbing is The Eiger Sanction, directed by Clint Eastwood who also stars as former assassin and expert climber Jonathan Hemlock. END_OF_DOCUMENT_TOKEN_TO_BE_REPLACED

Matt Damon as Jason Bourne, ex-CIA assassin on the run

The Bourne Identity was the first installment of what became a very successful trilogy starring Matt Damon as amnesiac government assassin Jason Bourne. The source material was a 1975 book by Robert Ludlum that was also about an amnesiac government assassin named Jason Bourne. After that, the similarities pretty much end – the names are still there, but the tone, story, and plot are incredibly different.

Giving a boost to the spy genre, this first Bourne flick set a foundation not only for its equally successful sequels, but several other movies as well. END_OF_DOCUMENT_TOKEN_TO_BE_REPLACED