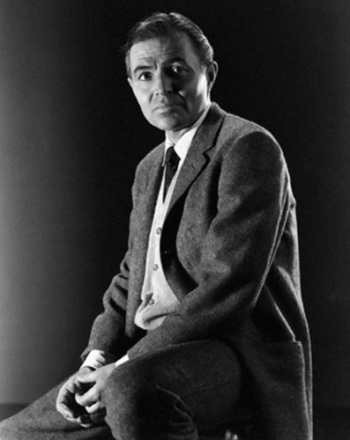 James Mason as Phillip Vandamm in a promotional photo for North by Northwest (1959).

North by Northwest arguably set the tone for spy films in the following decade with its suave and well-suited hero, colorful settings, and elements of dangerous romance. James Mason’s urbane Phillip Vandamm is, in many ways, the archetypal James Bond villain: sinister and deadly but with the ability to be just as charming and debonair as the story’s protagonist.

Vandamm proves to be more sensitive and romantic than one would expect, and James Mason perfectly conveys just how badly Vandamm is stung by Eve’s betrayal. He zips through the Kübler-Ross model in record time, expressing denial (laughing off Leonard’s concerns), anger (punching Leonard), and acceptance (vindictively deciding Eve’s fate “from a great height…over water”) all within seconds of the same scene. END_OF_DOCUMENT_TOKEN_TO_BE_REPLACED

For 4/20, BAMF Style is taking a closer look at one of the most iconic and endearing cinematic stoners.

You gotta love The Dude. All he wants to do is light a joint, sip a White Russian, and bowl while listening to the easy rock of Bob Dylan and CCR. Unfortunately, two misinformed pornographer’s thugs have to break into his home, pee on his rug, and ruin his check post-dating existence. (Supposedly, an early draft of the screenplay revealed that The Dude was able to bankroll his 69-cent trips to Ralph’s as the heir to the inventor of the Rubik’s Cube, but Joel Coen dropped the idea.) END_OF_DOCUMENT_TOKEN_TO_BE_REPLACED 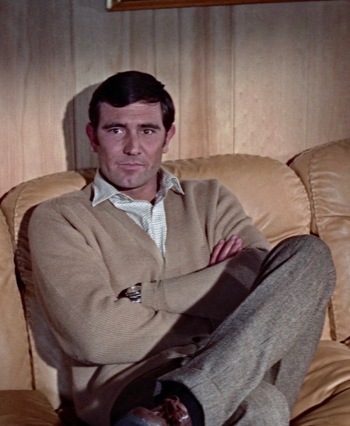 While most of us will be choosing to spend Christmas Eve with family, James Bond instead settles on an alpine resort filled with gun-toting henchmen and undersexed European beauties. Unfortunately for him, his penchant for the latter gets him in deep water with the former.

On Her Majesty’s Secret Service is one of the more controversial Bond films. As the world’s first Bond after Sean Connery, George Lazenby turned in a suitable performance for a 30-year-old who had previously been an underwear model in Australia. Not all were crazy about him, but the film is good enough on its own merits that, despite an initially harsh reaction—but a big box office!—it has stood the test of time and now ranks among many Bond fans’ favorite of the franchise. END_OF_DOCUMENT_TOKEN_TO_BE_REPLACED