Summer kicks off this weekend in the Northern Hemisphere with beaches and warm destinations slowly reopening around the world after months of lockdown during the early phases of the coronavirus pandemic. Whatever your summer plans include, I hope all BAMF Style readers enjoy a safe, healthy, and happy season whether enjoying time at home or safely traveling.

Travel or no travel, this is also the season for summer shirts and summer movies. The tenth top-grossing movie of 1961, Blue Hawaii was the first of three movies that Elvis filmed in the “paradise of the Pacific” and remains one of his most popular for its tropical style and memorable soundtrack, which includes dusted-off classics like the title track “Blue Hawaii” (originally written for Bing Crosby in 1937), “Hawaiian Wedding Song” as well as introducing “Can’t Help Falling in Love”, which would become a new standard for the King.

END_OF_DOCUMENT_TOKEN_TO_BE_REPLACED

Private First Class Phil Davis is proudly assisting Captain Bob Wallace, evidently a known entertainer on par with Al Jolson, Bob Hope, Jack Benny, or—um—Bing Crosby, as they host a “yuletide clambake” for the men of the fictitious 151st Division, providing the type of entertainment that Davis boasts would cost $6.60 or even $8.80 stateside. END_OF_DOCUMENT_TOKEN_TO_BE_REPLACED

Happy December! To some, the start of December after Thanksgiving marks the start of the Christmas season, while others (like Mariah Carey) kick off their holiday season a month earlier as soon as Halloween is over. To compromise, today’s post for December 1 explores Bing Crosby’s style in White Christmas, arguably a holiday classic, though the outfit in question is his only on-screen ensemble (aside from his army uniforms) that doesn’t include a single piece of holiday red.

END_OF_DOCUMENT_TOKEN_TO_BE_REPLACED 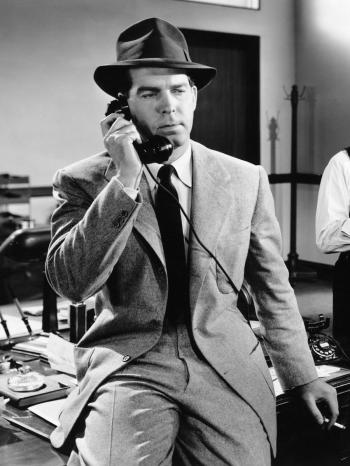 Los Angeles, May through July 1938

What’d you think I was, anyway? A guy that walks into a good-lookin’ dame’s front parlor and says, “Good afternoon, I sell accident insurance on husbands. You got one that’s been around too long, one you’d like to turn into a little hard cash? Just give me a smile and I’ll help you collect?”

Let’s finally kick off Noir-vember with the quintessential film noir, Double Indemnity, the quotable masterpiece from the pen of James M. Cain, adapted for Billy Wilder’s screen direction by pulp writer Raymond Chandler and photographed by inventive cinematographer John F. Seitz. Double Indemnity is the one that has it all: the seductive femme fatale (Barbara Stanwyck), the wisecracking protagonist willing to murder for her (Fred MacMurray), and the intrepid investigator, though in this case it’s not a trench coated private detective but an energetic, experienced, and irascible insurance claims manager played by Edward G. Robinson at his best.

END_OF_DOCUMENT_TOKEN_TO_BE_REPLACED

Let’s call today #WesternWednesday as we transport back to the 1880s, following the taciturn lawman Wyatt Earp (Burt Lancaster) and his infamous pal, tubercular dentist “Doc” Holliday (Kirk Douglas), as they travel from the “beautiful, biblious Babylon of the west” Dodge City—as the rowdy cow town was famously coined by a Chicago newspaper editor—back to Arizona Territory. The two arrive in Tombstone in time for the fateful shootout with the Clanton-McLaury cowboy faction that would be immortalized in countless books and movies, including the 1957 movie Gunfight at the O.K. Corral.

END_OF_DOCUMENT_TOKEN_TO_BE_REPLACED 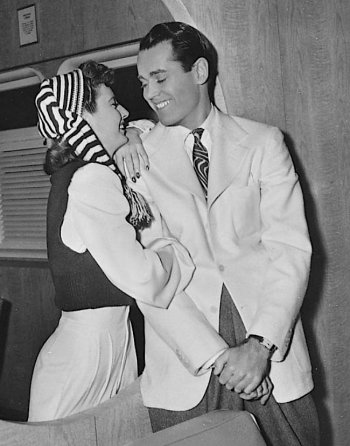 Henry Fonda and Barbara Stanwyck in The Lady Eve (1941)

Last year on my girlfriend’s birthday, my commemorative BAMF Style post explored Henry Fonda’s summer-friendly formal wear in The Lady Eve, the romantic screwball comedy that I first discovered with her family. I’ve thus chosen to dive back into this classic directed by Preston Sturges (who would have turned 121 years old yesterday!) with another look at Fonda’s attire, this time a more casual ensemble as his character Charles “Hopsie” Pike romances Barbara Stanwyck at sea: “You have the darndest way of bumping a fellow down and bouncing him up again.” END_OF_DOCUMENT_TOKEN_TO_BE_REPLACED 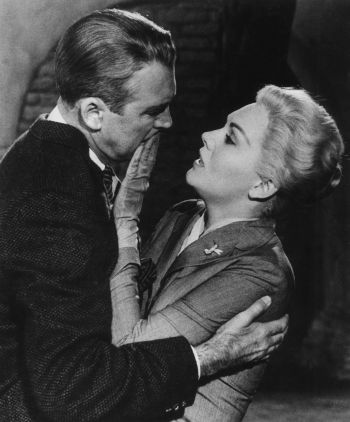 Let’s wrap up this week’s commemoration of Alfred Hitchcock’s 120th birthday with another exploration of the style in Vertigo, now considered one of the Master of Suspense’s masterpieces though it may have been overlooked during his lifetime and resulted in the end of his successful collaborations with James Stewart.

END_OF_DOCUMENT_TOKEN_TO_BE_REPLACED 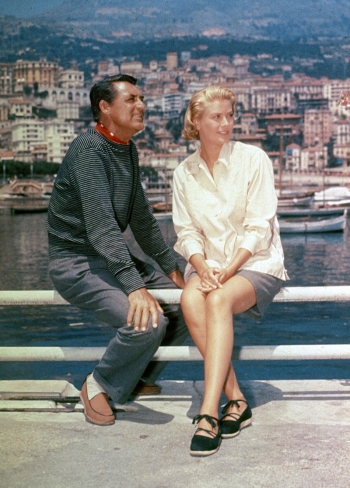 In commemoration of Alfred Hitchcock’s 120th birthday on August 13, this week continues with a look at one of the Master of Suspense’s most stylish movies, the 1955 romantic caper To Catch a Thief.

END_OF_DOCUMENT_TOKEN_TO_BE_REPLACED 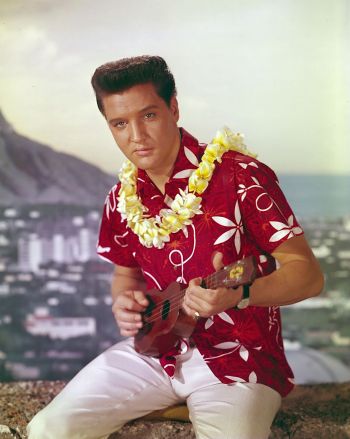 Particularly on #AlohaFriday, Aloha shirts are an obvious necessity for life in the Hawaiian islands, though these tropical printed tops are enjoying a renaissance here in the continental United States this summer as well. But what makes the difference between an out-of-touch tourist and a stylish tropical traveler? To illustrate how to effectively pull off the decades-old Hawaiian shirt, we turn to prolific clotheshorse Elvis Presley. END_OF_DOCUMENT_TOKEN_TO_BE_REPLACED 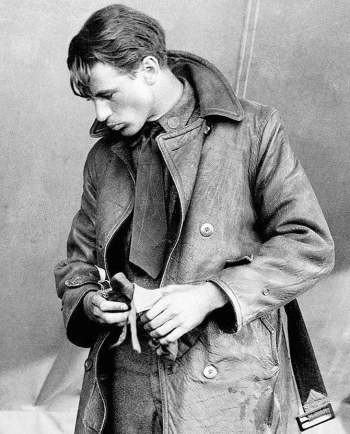 Ninety years ago today, Wings won the first Academy Award for Best Picture—more accurately, the award read “Academy Award for Outstanding Picture.” Though silent movies were still the norm at the time of Wings’ release in August 1927, The Jazz Singer introduced recorded sound to film upon its release two months later, and Wings remains the only true silent film (unless you include The Artist) to take home the Best Picture prize.